Various typologies for uncertainty have been defined to facilitate its use in practice. The MacEachren et al. (2005) typology, extending Thomas et al. (2005), has received particular attention in cartography and visualization for broad application to locational, temporal, and attribute uncertainties in geospatial data (after Sinton, 1978). It lists nine types of uncertainty (accuracy/error, precision, completeness, consistency, lineage, currency, credibility, subjectivity, and interrelatedness) providing examples for the locational, temporal, and attribute components of geospatial information listed above (Table 1). Recently, Senaratne et al. (2017), after conducting an extensive review on uncertainty and its assessment methods, extended these uncertainty types to also include semantic accuracy, usage, trust, content quality, vagueness, local knowledge, experience, recognition, and reputation. This shows that evolving data and user requirements may call for further types of uncertainty in the future (see Section 3.3).

A wide range of approaches for visual representation of uncertainty exist and it can be challenging to select techniques suitable for specific applications and user tasks. One way to provide guidance with this procedure is to use typologies that help categorize approaches and techniques. Similar to typologies to organize different types of uncertainty (see Section 2) there are typologies for uncertainty visualization that suggest techniques for certain types of data (areas / points / lines, discrete / continuous etc.) and types of uncertainty (e.g., Buttenfield & Weibel, 1988; Pang et al., 1997; Sanyal et al., 2009). Kinkeldey et al. (2014) outline a framework called UVis3 (uncertainty visualization cube) that describes all uncertainty representation approaches based on three design axes: (1) intrinsic / extrinsic, (2) coincident / adjacent, and (3) static / dynamic (Figure 1). Each corner of the cube represents a combination of the three categories. 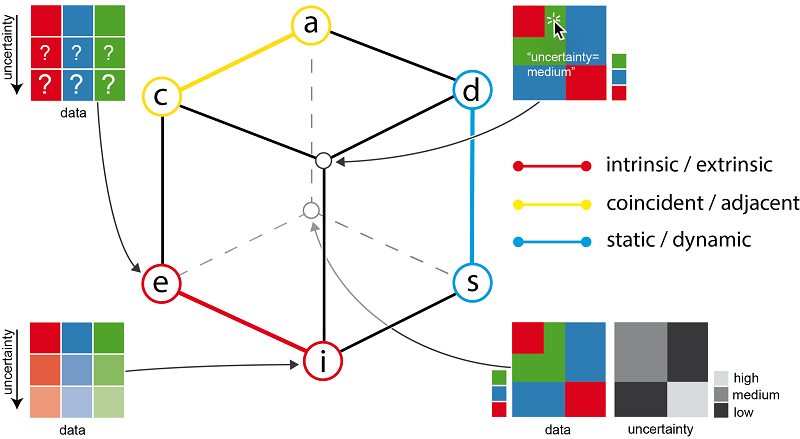 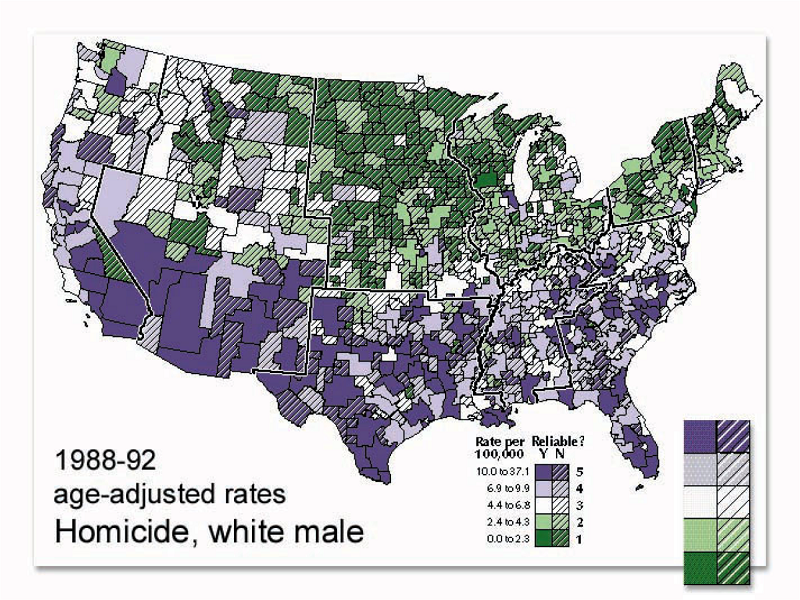 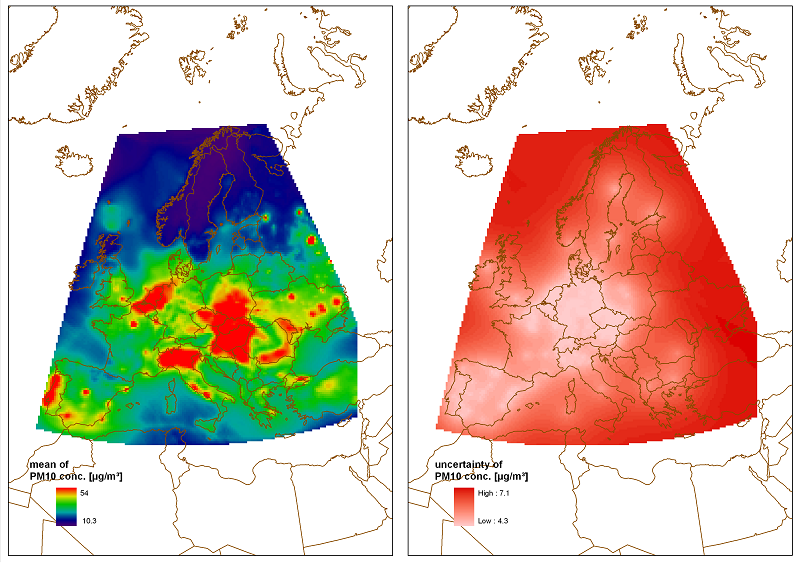 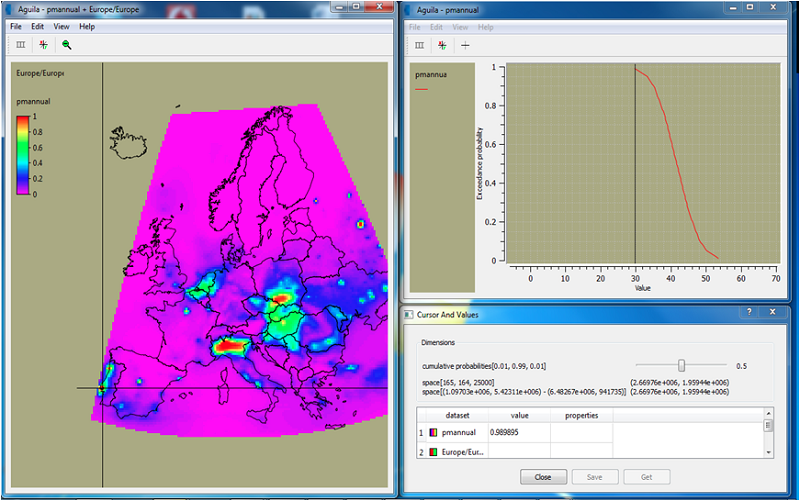