This entry was first published on December 31, 2019. No earlier editions exist.

1. LiDAR as a Tool of Remote Sensing

Remote sensing data and imagery are often collected by satellites orbiting high above the earth. These satellites use “passive” remote sensing, merely collecting light that is reflected or refracted from objects on the Earth’s surface or in the atmosphere. But what if instead of relying on the sun for energy, you could actively illuminate objects on the surface of the earth? This is the genesis of LiDAR (a combination of light and radar), a technology first developed in the 1960s, that uses lasers to provide very high-resolution imagery of various objects. Originally used to map clouds in the atmosphere and to provide high-resolution altimertry of the moon for Apollo missions, LiDAR has now become a commonly used technology to generate very high-resolution representations of the Earth’s surface and many other surfaces as well.

Natural and manmade environments can be mapped with LiDAR with both precision and accuracy. Temporal events can be studied and 3D visualization can be utilized to assist in emergency responses operations, natural resources conservation, infrastructure management, and agriculture and water supply management.

As is the case with other location-enabled devices, LiDAR works because the device that transmits the pulses has its location known with very high accuracy and precision. This allows the exact starting location (and time) of the pulses to be known, as well as the time it takes for each pulse to reflect off an object or surface and return to the device. And, of course, since the speed of light is known, the formula distance = time x speed allows the distance to the object of interest to be calculated. That means that the transmitted and returned pulses have horizontal coordinates (such as latitude (y value), longitude (x value)) and elevation (z values). The intensity of the reflected light is also measured, providing an additional piece of information about each point.

LiDAR data can be collected via both airborne and ground-based platforms. The airborne devices fly back and forth over a pre-determined study area providing swaths of LiDAR points.  There is a cost savings by using LiDAR instead of more standard measurement tools to produce very high accuracy results.

An on-going challenge has been the very large size of LiDAR datasets, but this drawback has been better managed by the introduction a different data format.  LiDAR was originally delivered in an ASCII format but due to the size of the data files, an industry standard LAS file was developed. The LAS file is a binary format optimized for point data and allows the storage and visualization of the data in its native format. The LAS data format contains classification and intensity data as well as x, y, and z data. Advances in software now allow both 2D and 3D visualization of points as well as the classification, filtering and conversion to other data formats for advanced analysis. LAS files contain header metadata identifying LiDAR survey information, date, time, and number of points. From the number of points, the point spacing can be calculated indicating the precision of the data set.

Depending upon the sophistication of the LiDAR collection process, the points can be classified into different categories. The number of points collected can also be defined by the collector. The user can display and classify LiDAR points by elevation, intensity, return and class. Elevation is the height of the land feature from which the pulse reflected, and the intensity is based on the reflectivity of the object struck.  The return number records the information from the first object the pulse hits (first return) to the last object (fourth return). Classification codes are defined by the American Society for Photogrammetry and Remote Sensing (ASPRS). These codes include ground, road surface, all the way to powerlines. Classification is performed by the data provider and the sophistication of the classification is reflected in the price of the data. It should be noted that the greater the degree of classification the more valuable the data is to the user. It is critical to have the points classified at least into ground and non-ground. The points classified as ground are needed to calculate a digital elevation model (DEM) which is explained below.

3. LiDAR Data and its Derivatives from LAS Files

LiDAR can be visualized using various techniques to give different perspectives of the data.  LiDAR can be viewed in either a 3D point cloud format or as a 3D terrain model. Another way to visualize the data is to use a profile which displays a cross section of the data. 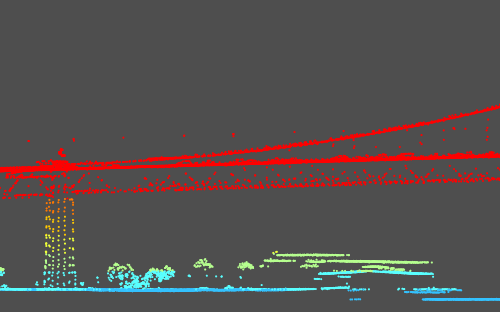 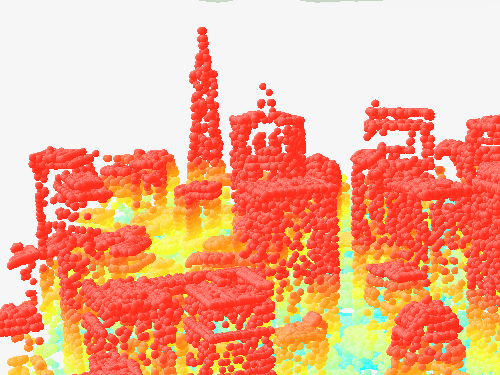 Because of the nature of data collection, both digital elevation models (DEMs) of the surface of the Earth and digital surface models (DSMs) can be calculated.  The DSM models the first return points, providing an elevation profile of the first surface the laser hits. These two models can be combined to calculate the height of land features. 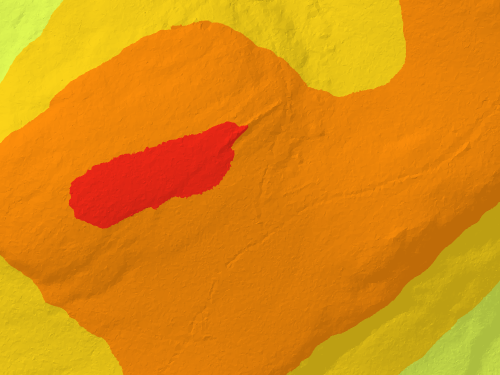 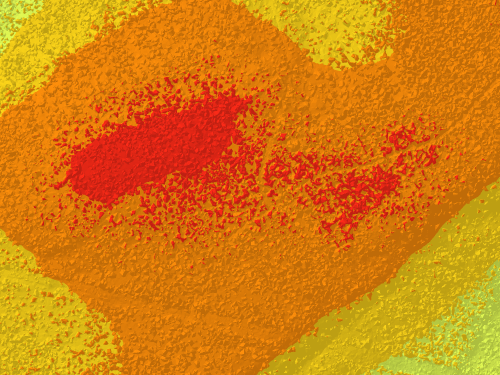 As with any elevation data, other common topographical data layers such as slope, elevation, aspect, and contour lines can be derived.  Aspect is the compass direction that each slope faces, though the nature of how the LiDAR data were collected can have implications for these.  Slope is a measure of change in elevation and a contour line is an isoline that connects points of equal elevation. As accurate as LiDAR data are, slope and contour analysis can be problematic due to differences between the horizontal and vertical accuracy. Contour lines tend to be jagged due to noise in the data, and both slope and contour production benefits from additional post-processing and data correction to remove that noise.  The accuracy of aspect data from LiDAR only comes into question when dealing with relatively flat areas.

In the figures below, examples are shown of the derivative data layers that can be produced from LiDAR. showing the San Francisco Transamerica Pyramid Building. 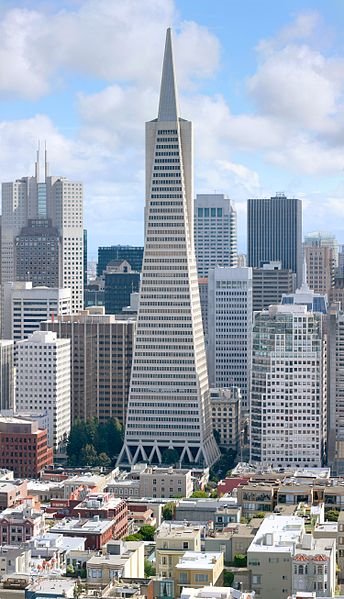 Figure 6. Derivative data sets, including elevation, slope, aspect, and contour lines, that can be produced via LiDAR data sets. These are aerial perspectives of the San Francisco Transamerica Pyramid Building, pictured in Figure 5.  Source: authors.

All LiDAR data collected by the United States Government are free to the user and can be downloaded from several sites.  National LiDAR sites are listed below. In addition, there are many state and regional LiDAR sites where you can download local data.